The Cascade team is thrilled to have once again teamed up with Deschutes Brewery to build their NEW website! This project began just as the dust had settled from their last go-to-market website that showcased a new and innovative hard bevy, Modified Theory! Despite the brewery's national success, the thirty-two-year-old company has committed to staying true to its roots in Bend, Oregon. 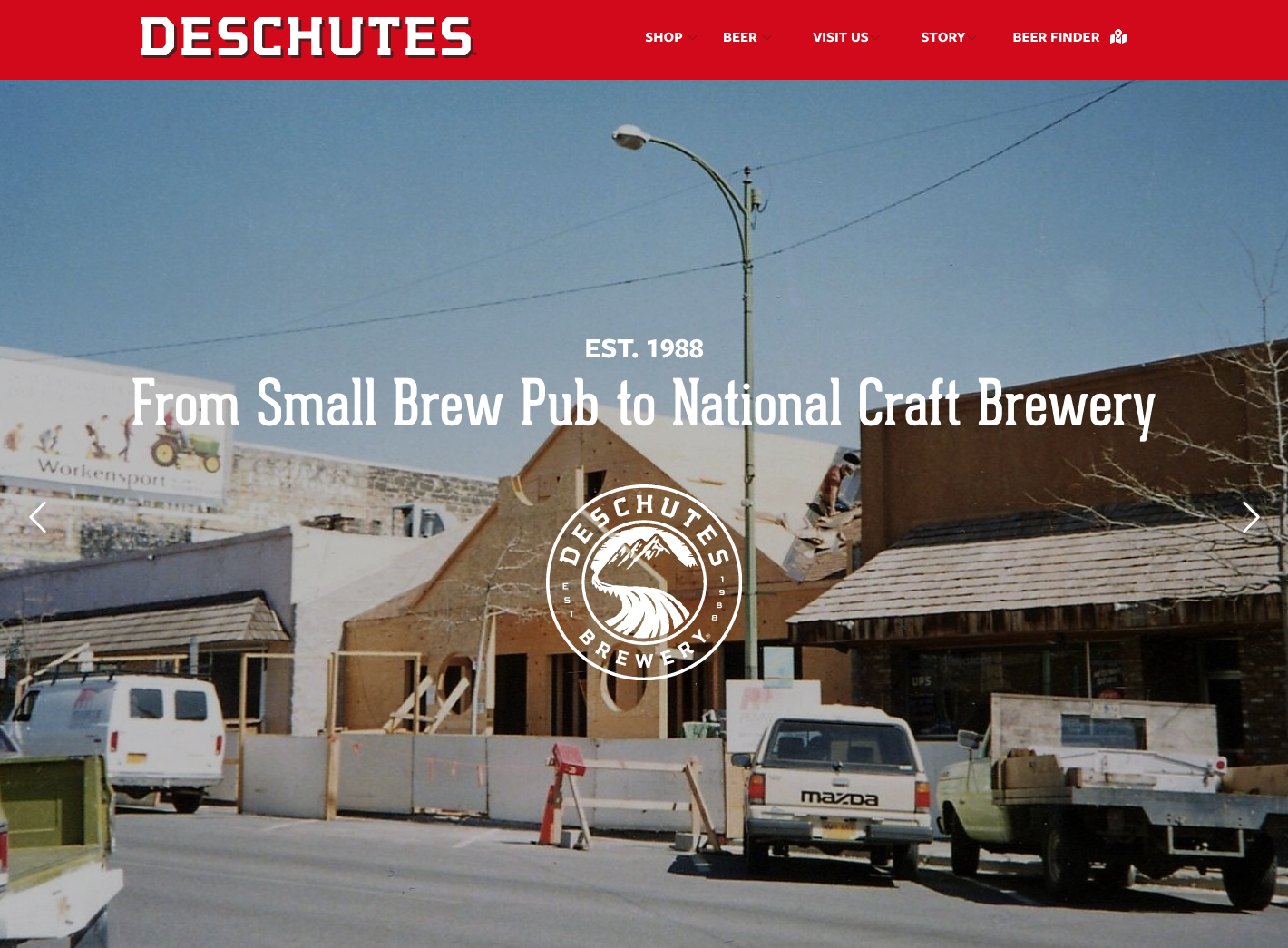 Deschutes ships out more than 225,000 barrels of beer each year and you can now use the website's Beer Finder to locate the nearest cold one in 32+ states, even in a couple of other countries. This leading Pacific Northwest staple hasn't forgotten about their humble brewpub beginnings and the community that supported them along the way. It was an honor and privilege of working with this amazing team.

If we could read their minds, this is what they would have said. Just kidding, we asked...

Q: Why did you choose CWD for this project?
Wyatt G. "We choose CWD based on budget and backend capabilities."

Q: Tell us about any fears or concerns you had before beginning the project?
Wyatt G. "Design not turning out right. This thing had to be tight-tight, we are too big of a company to look chumpy."

Q: Did CWD meet or exceed your expectations? If so, in what ways?
Wyatt G. "Actually, yes. Michael is very talented and I enjoy working with him very much. The whole team at CWD is very amicable to the team at Deschutes. Michael being as skilled as he is and a great fit to myself was huge!"

There's a saying that goes, "All good things must come to an end." I'd rather adopt the mindset that "All good things are allowed to change." Like a small brew pub evolving into a culture-rich staple of the Northwest. Cascade is also sharing in and embracing that change. For example, our developers are entering into the development of projects much earlier than they ever have historically. They have begun to take on a Project Management role and this project being the first to do so. This gives developers, like Michael Hall, more project influence out of the gate and an unparalleled insight during early strategic phases.

Here's what Michael was thinking after launching the new Deschutes site;

Q: What were a few of the objectives for the new site?
A: Make it easier to display media and “tell stories”.

Q: What were some technical needs or solutions that were required to fulfill the objectives?
A: Mainly, third party integration such as VIP and Untappd.

Q: Explain what you are most proud of when you completed this project.
A: I was happy it looked good and worked well.

Q: How did the relationship or communication between the client and you influence the project?
A: Aubrey and Wyatt were good about communicating with us. Also by providing information, designs, and Google Analytics.

Q: Was there something new you learned from the project? If so, what?
A: I learned more about Postman for API testing. I also refined the use of some blocks in Evergreen.

Q: What advice would you give yourself at the beginning of this project?
A: Gather more work upfront during the strategy phase within the Scope Document. This will help us better plan for the execution of the project.

Q: What new drink or snack did you discover during this project?
A: Just the beer the team at Deschutes sent over! :)


Thank you Deschutes Brewery for once again choosing Cascade as your web development partner!