Fresh Paint on the Railcars

We’ve always been huge fans of street art….large scale murals, graffiti and public art installations add some much energy and color to cityscapes. Its been amazing watching Portland come to life as this scene flourishes.

As soon as we found ourselves operating out of vintage railcars, it seemed the perfect canvas for large scale art by somebody worthy of the task. We first worked with Chet Malinow in 2013. He was young, eager and motivated to go big on the railcar. Not only did he come up with a mind bending design concept, he knocked it out in short order with all night paint sessions to minimize impact of noxious rattle can fumes on the cascade team and clients.

Fast forward 2 years later and I was introduced to Michael Solomon. He had just returned from a semester in Africa, flush with inspiration from the art he had experienced in that culture. He designed, and with the help of his brother, painted our boxcar with a unique design in the summer of 2015.

We recently got the itch to refresh the railcars again. Chet was available and hungry for more. This time we decided to double down and apply a concept that spanned both railcars. 180’ of canvas. It was a massive scale that had Chet frothing at the mouth. This time he rolled the railcars in white paint and applied a new circular ‘calligraphy' design he has been working on in recent months. A significant departure from his earlier graffiti mural. Clean, sleek and simple.

Chet described the design as follows…
"Calligraphy demands a state of complete focus where each mark needs to line up perfect with the previous ones. The circular shape I designed for the train was influenced by a backpacking trip up in the Olympic National Forrest. The Makah Tribe uses a lot of symmetry and circular imagery. Most of all I was interested in the way the tribe uses line weight to create depth and pattern in a 2D image. I combined all of this ideas and ended up with a row of circular calligraphic images.”

"Cascade Web Development has strong ties to its surrounding Pacific Northwest environment, so I wanted to create a mural that would show it. The calligraphy mandalas in their symmetric nature emulates growth and evolution. This was a good motif to base my mural off of.”

We hope our recent contribution to the exploding mural scene in Portland is enjoyed by the masses for years to come. Rarely a day goes by that somebody doesn’t stop and take pictures of the railcars. We really enjoy seeing others take in the art and capture photos. Don’t get too attached it though…it will likely get replaced at some point in the next couple years. 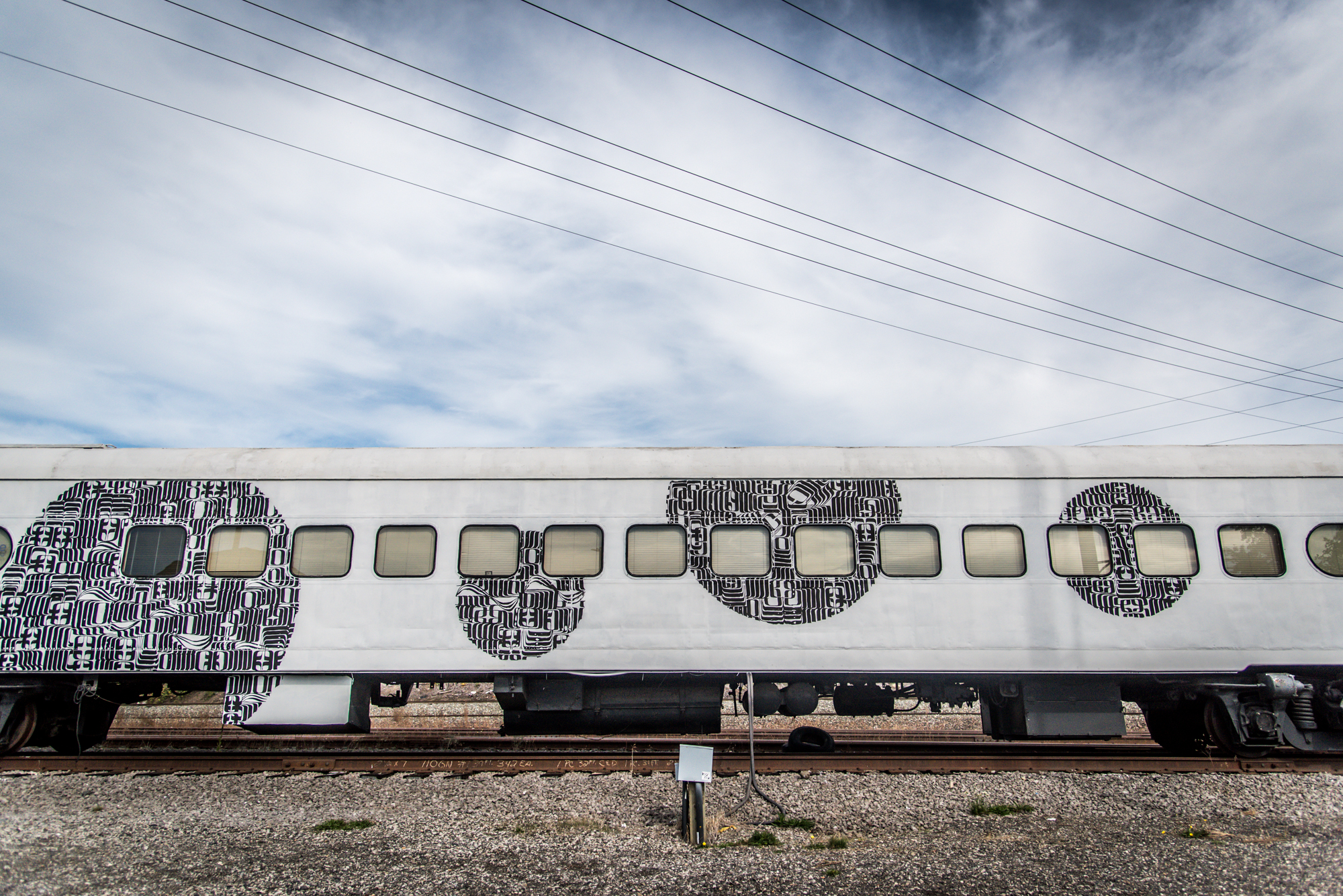